The classic “woobie” poncho liner is designed to combine with your poncho (sold separately) to create a warm, comfortable, and waterproof sleeping bag. It can also be used as an outdoor blanket, or just a rugged piece of comfort to take on your next outdoor adventure.

Armor up for the worst! Marry this Liner with your poncho for a secondary barrier of warm insulation to protect you from cold. Also functions as a handy stand-alone blanket. Added military-grade material around the outer edge for strength.

I’ve had this a few weeks now and so far so good. The stitching is well done. The materials are of good quality. Some people say theirs are stiffer than their old liners. This one is a little stiffer than the one I’ve had since the 90’s but I think it’s mainly because this has more insulation in it. After a week of daily use it started to break right in.
The tan side and multicam side feels different even though they’re made of the same material. I think it has something to do with the dyeing process.
FYI the multicam and tan is lighter than what’s shown in the pictures. It was lighter than what I expected. Not enough for me to take a star off maybe half. When I took pictures they came out darker at times too. I’d still get another multicam but just a heads up.
Overall well made and made in the USA. 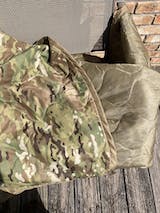 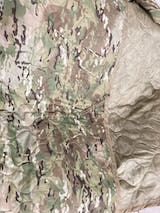 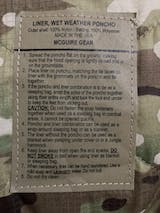 My wife always keeps it close by to throw it around her whenever, wherever she feels a chill. Best product for that purpose she has ever found.

As advertised and very fast shipping. I like the woobie.

123
Product has been added to your wishlist.
You can view your wishlist by creating or login account.
Please create account through ##customer_email## email
Login Register
72
×
Welcome Newcomer